On November 19th,Prof. TanXiusen, President of QingdaoUniversity of Technology(QUT) was invited to attend the opening ceremonyofthe 5th Belt and Road Architectural University International Consortium Conferenceonline.The 5th Belt and Road Architectural University International Consortium (BRAUIC) Conference & Panel Session on Resilient City and Smart Development Under the 5th China-CEEC (Central and Eastern European Countries) Capital Mayors Forum was successfully held in Beijing. This conference was organized by the People’s Government of Beijing Municipality, P. R. China, and the City of Sarajevo, Bosnia and Herzegovina, and jointly held by Beijing University of Civil Engineering and Architecture and University of Mostar. 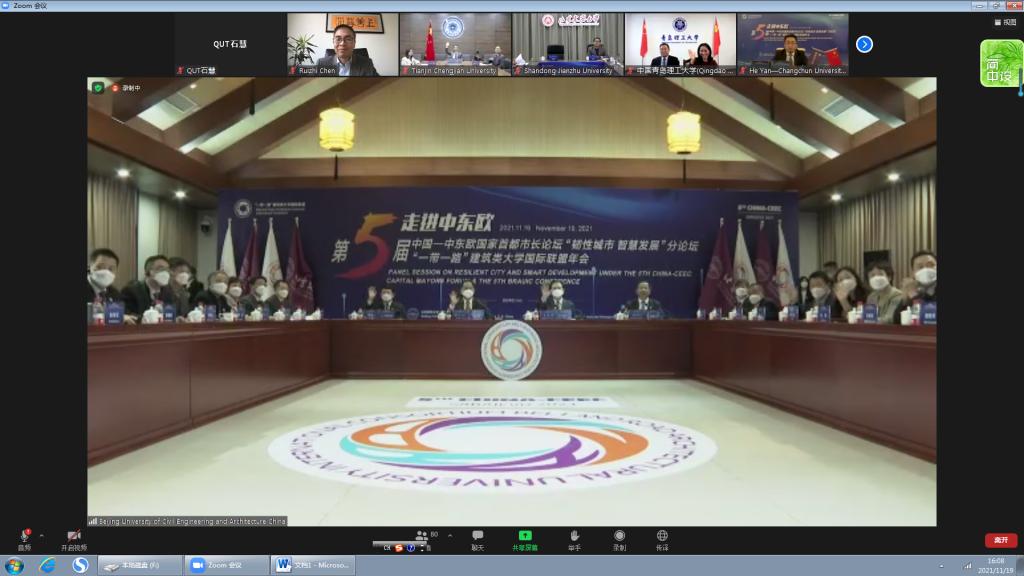 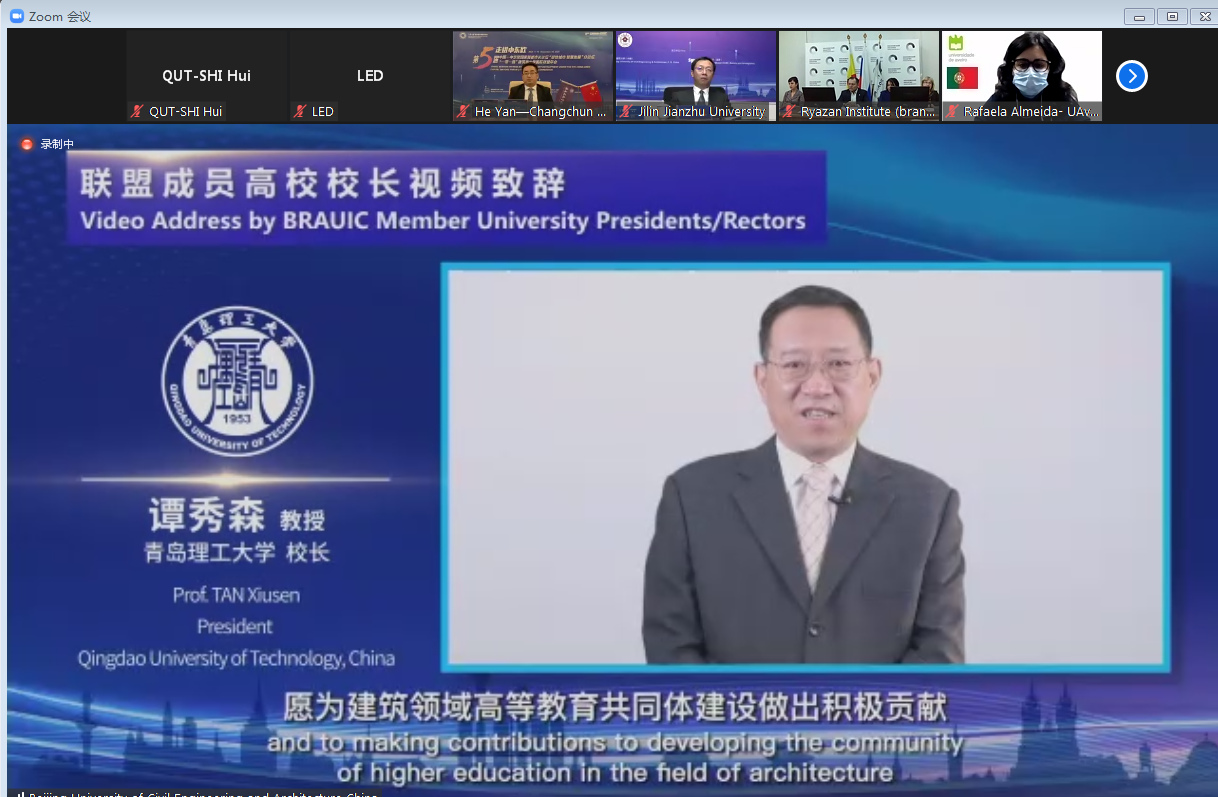 During the opening ceremony, Prof.Tan Xiusen delivered a speech on behalf of QUT and signed BRAUIC Letter of Intent for New Member Universities withthe members of BRAUIC. He said,“Qingdao University of Technology is one of under-building universities of the strong characteristic high-level university project of Shandong Province.Currently the university has cooperated with more than 100 universities and research institutions in more than 20 countries and regions around the world. As a new member of BRAUIC, Qingdao University of Technology looks forward to furthering and deepening international cooperation with other members of BRAUIC as well as universities all over the world and are willing to make positive contributions to the construction of higher education community in the field of architecture.”

BRAUIC was founded in Beijing, China, in October, 2017, which aims to take science & technology projects and technological innovation as the focus, and build platforms for universities from different nations to coordinate innovation efforts, so as to stimulate the exchanges of capital, products, personnel and service among different countries. With the development concept characterized by peace and cooperation, openness and inclusiveness, mutual learning and mutual benefit, it has greatly contributed to the exchanges and cooperation of architectural universities in Belt and Road countries over the past four years since its establishment. By November, 2021, 72 universities and research institutions from 27 countries have joined the BRAUIC.

Joining BRAUIC is an important part of ouruniversity's strategy to actively integrate into the international exchange platform and broaden the space for international cooperation. After joining BRAUIC, QUT will give full play to the bridge role of the consortium, strengthen communication with member universities in disciplines, majors, and talentscultivation, and carry out all-round cooperation. Through active participation in activities such as the architectural professional academic forum in the name of BRAUIC and Global Campus: Exchange Program for Summer Schools, International Student Competition on Architectural Design and Digital Modeling, Chinese promotion, etc., we hope it will help continuously improve QUT’s international influenceand facilitate the university’s connotative and high-quality development.